﻿﻿ Merry Christmas and a Happy New Year!
This is the time of the year when, regardless how busy and hectic our seasonal preparations, we take the time to reflect on the sentiments of the Christmas season and think thoughts of goodwill to others. In particular, we think warmly of those closest to us and those who have been especially kind over the past year.

In that spirit I'd like to extend warmest wishes and heartfelt thanks to all those who have been helping me ensure Nash Holos remains on the air and online, and continues to bring joy and good cheer to more listeners each week. These include those involved in producing and promoting the program as well as those supporting it and participating in the fun! (That last one is a tough job but someone's got to do it!)

There are many to thank and apologies in advance if I 've missed anyone.

For assistance and support throughout this past year:

(Keep those emails and letters coming!)


***************
All the loyal listeners who tune in every week, download the show, and/or participate in Nash Holos promotions

Special thanks and best wishes to


May you all have the merriest Christmas and the happiest and most prosperous New Year!
Веселих Свят і Щасливого Нового Року!
- December 23, 2010 2 comments:

The English-language documentary film Ukrainians in Quebec, has just been released on DVD in celebration of the 120th anniversary of Ukrainians in Canada (1891-2011). ﻿﻿

Produced, directed and edited by Yurij Luhovy, it tells the story of the Ukrainian settlement in Quebec from ﻿﻿﻿﻿1891 to 1945.
﻿﻿

﻿﻿﻿﻿﻿﻿﻿﻿﻿﻿﻿﻿﻿By means of rare, salvaged photographs and personal accounts, the 28 minute film depicts the formative years of the first two waves of Ukrainian immigration in Quebec: those who arrived before the First World War and those who came in the inter-war period.
﻿﻿
Ukrainians in Quebec was originally released in 16 mm  in 1979 following four years of research, interviews and filming. It captures aspects of the cultural, organizational, religious and political development of the Ukrainian community in Montreal, as well as in Val d’Or, Rouyn Noranda and surrounding areas in Northern Quebec where many of the descendents of the original colonists still live.
Rich in still photographs and vintage film footage, the documentary also recalls the establishment of the Sheptytsky Colony at Lac Castagnier in the Abitibi region and is a lasting tribute to those early immigrant community builders no longer with us.
Interviews with French-Canadian eye-witnesses describe daily life at Spirit Lake internment camp. Footage shot of the original internment prison barracks still standing at the time is also shown.
﻿﻿

This documentary was the first film to expose the unjust internment of Ukrainians during WWI and place Spirit Lake internment in a wider context of early immigration to Quebec.
Ongoing screening of the documentary will be a permanent part of the Spirit Lake Internment Interpretive Centre to open in 2011.
Restoration of Ukrainians in Quebec was enabled in part with the financial support of the Shevchenko Foundation and the Camp Spirit Lake Corporation.
The original version was partially supported by the Department of Multiculturalism, Secretary of State.
﻿﻿

This was the first documentary made by filmmaker Yurij Luhovy who had just graduated from film studies at Sir George Williams University (now Concordia). It began his journey in documenting aspects of Ukrainian and Ukrainian-Canadian history so that knowledge of the past always remains a part of our present and future.
For further information or to order a copy of Ukrainians in Quebec contact Yurij Luhovy, MML Inc, 2330 Beaconsfield Ave., Montreal, Quebec, H4A 2G8. E-mail: mmlinc@hotmail.com. Tel. (514) 481 5871 or visit their website. ﻿﻿﻿
- December 12, 2010 6 comments: 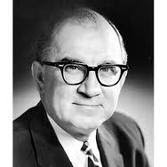 A Personal Tribute to
John Yaremko (1918-2010)
By Borys Wrzesnewskyj, M.P. Etobicoke Centre
On November 24, 2010 in the Legislative Assembly in Toronto, Ontario together with numerous representatives of the Ukrainian Canadian community, I had the privilege of witnessing MPPs from all three parties put aside partisanship to pay fitting tribute to former Ontario Cabinet Minister and Member of Provincial Parliament the Honourable John Yaremko who passed away on August 9th of this year. The poignant tributes on the passing of John spoke to the loss felt by elected public office holders in the Province of Ontario and especially in the Ukrainian Canadian community in Ontario and beyond.
﻿﻿John dedicated twenty-five years of his life to elected public service at Queen’s Park. Everyone spoke with tremendous respect for what he accomplished as a parliamentarian and Minister of the Crown in Ontario. However, his active public service continued for decades after he retired from elected office. Together with his late wife Mary, the Yaremko’s envisioned and funded legacy projects in a string of institutions of higher learning in Canada and in his parents' ancestral homeland of Ukraine.
On a personal note, my first recollections of John were when I was a young boy of 6 or 7. I remember well John’s annual visits to my grandmother in the apartment above our bakery. Every Christmas John would arrive with poinsettias and every Easter he would arrive with a bouquet of Easter Lilies for my grandmother.


He often retold to me the story of his very first election campaign in 1951 and how my grandmother’s steely principles played a crucial act in that campaign. One of the first to put up “Yaremko” campaign signs with the “alien” name Yaremko was my grandmother. She agreed to place John’s signs across the 60 foot fence fronting her business on Queen Street West even though there were those who said she risked her just-opened neighbourhood bakery business.
Sure enough, on the first night a group of hooligans knocked down the fence along with the Yaremko signs. The next day a dejected John came to my grandmother to apologize saying he would remove the signs and offering to build a new fence. My grandmother said: " No, let the fence and signs lie there throughout the campaign.” It proved to be a pivotal decision. Even those who considered the Ukrainians and Poles in the neighbourhood “DPs” [Ed: a pejoritive term for displaced persons] were shamed by this hooliganism and it mobilized the New Canadians, in fact, the entire immigrant neighbourhood, to vote. It became a seminal election in which for the first time a Ukrainian Canadian, a so-called “DP”, was elected to public office in Ontario’s Legislature.
﻿﻿
I will also remember fondly, and will always be thankful for, the innumerable encouragements I received from John as I contemplated embarking on my pursuit of elected public office. A couple of months before his death, I had an opportunity to speak to John. At that time he again offered encouragement and reminded me that I carried an additional political responsibility in that I also represented our ancestral heritage and culture. I am convinced that just as John Yaremko played a role in our family’s integration into Canadian politics, there are innumerable other families in Toronto and across Ontario with similar memories.
As well, John will also be fondly remembered by Hungarian Canadians who considered him an honourary member of their community. During the 1956 Hungarian uprising, he immediately travelled to Ottawa to forcefully and successfully make the argument to the federal Minister to put in place special processes to bring the desperate Hungarian refugees from the failed anti-Soviet uprising to Canada.

The tributes to John Yaremko on the floor of the Legislative Assembly of Ontario from MPPs representing all three political parties more than half a century after his first election attests to John’s impact as a legislator.  His good acts will continue to resonate for decades through the many Yaremko educational initiatives.