I've been a bit quiet on this blog the past few days.

It's been quite an intense time, and I'll be posting more soon.

My first couple of days were spent just getting my body used to being in another different time zone, several more zones away from home. (Kind of brutal, truth be told. LOL) Last night I had my first normal sleep. (Sort of.) Also, connecting with people and planning my itinerary for my time here.

It's turning out to be a very busy time!

Yesterday and the day before I was out and about, meeting with folks and capturing photos, audio and video. I will begin processing it today, so expect a barrage of posts in the next couple of days.

Not sure how much I will be able to post while the seminar is going on, as it is a pretty intense schedule. However I will want to capture as much as I can to share with you. I will try my best to post the highlights sooner rather than later. (Check my previous post for details of the seminar The Seduction of Propaganda, organized by the Ukrainian Jewish Encounter Initiative, which is the sponsor of the radio series Ukrainian Jewish Heritage on Nash Holos, and my attendance at this seminar.)

I've been to the iconic Kupidon bar with my colleague Radio Roman, who does a show on NCRU called "Сьогодні у Романа є гарні гості." (Loose translation: Roman welcomes his wonderful guests today ... definitely loses in the translation!)

He has invited me on his show tomorrow evening, along with Dmytro Potekhin, a peace activist who has been a guest on Nash Holos twice, once in January 2014 and again in Sept. after his abduction in Donetsk last summer.

The reason he was in Donetsk was to research an article for Peace Magazine. You can read about his experience here. He joked with Roman and me about how he was "terrorized the terrorists" while in captivity.

Less funny, but equally profound, was his comment about how dire the situation is in Ukraine when a peace activist advocates for arming his country.

Enjoy exploring these links. I'll be back after I've processed some of my photos and A/V footage, which includes an interview with a Cyborg.

Meanwhile, here are some photos of the hotel where I'm staying.  (Yes the bus belongs to the soccer team...) (And yes, they still park on the sidewalks here!) 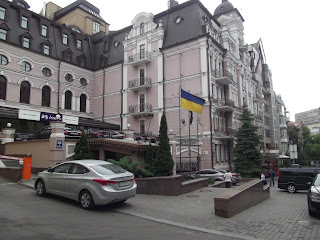 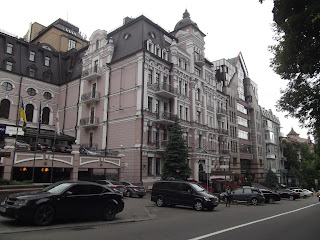 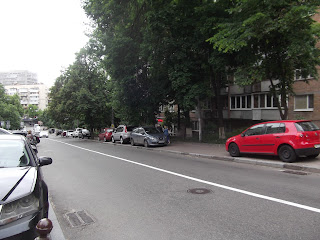 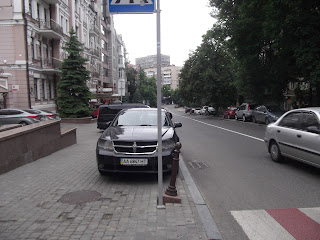 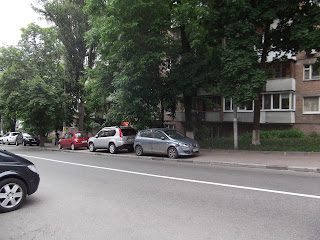 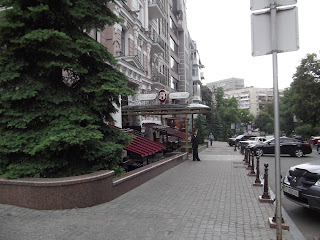 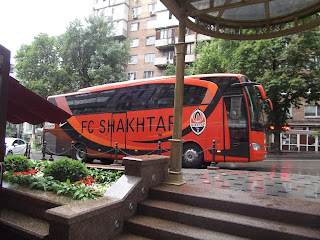 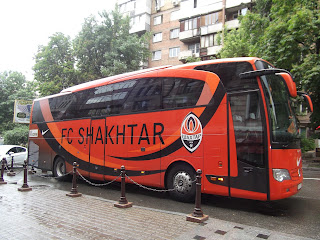 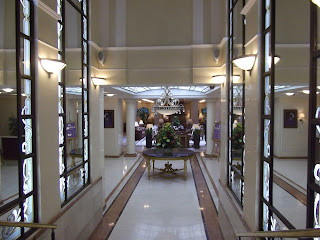 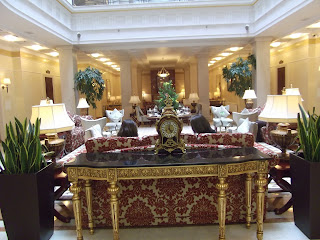 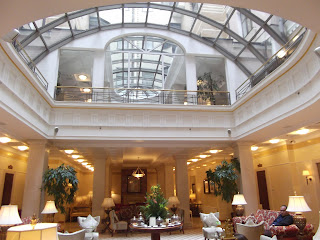 Hope you include your dialog with pan Roman in your show.

Hope you include your dialog with pan Roman in your show.

One more: Roman has a cool party tonight :)