Here are a few pix of some of the churches, cathedrals and monasteries I visited in Kyiv.

Pecherska Lavra, Monastery of the Caves: This was our first tour in Kyiv and I was surprised at the size of this amazing church. There seemed to be quite a bit of it that was off-limits. However, we covered a lot of ground nonetheless. We went into the "caves" where the saints were buried. I felt very much the foreigner. I couldn't help thinking how sad it is that I (like so many of my Canadian Ukrainian compatriots) grew up in this faith, yet came here to where it all began, not knowing even the proper protocol of venerating these saints, let alone about their earthly lives and why they ended up as saints. 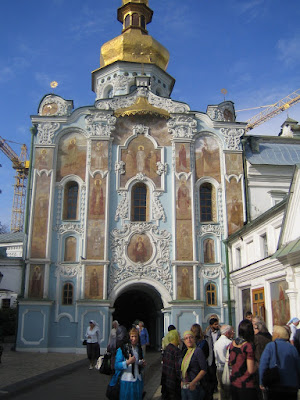 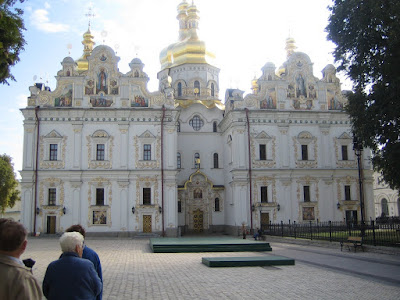 We also saw the Scythian Gold art exhibit somewhere in here, which I found utterly fascinating. So much wealth for what has (in my experience anyway) usually been referred to as a "peasant" nation! We were taken on a trip through time starting with the prehistoric era of the Sycthians, et.al, then on through the golden era of Kyivan-Rus followed by the rich (literal and symbolic) heritage of the golden age of the Ukrainian church. As usual, not nearly enough time to savour the experience. 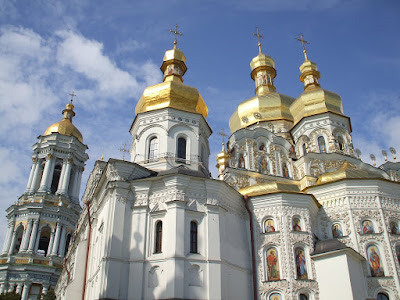 St. Sophia Cathedral: Although this church is now just a museum, and not an active church, it still had an incredible spiritual "pull." None of us wanted to leave because we all felt like we were in this wonderful bubble of serenity and peace. On top of that, it is gorgeous inside. As well, it was awesome to learn the historical details and see some very old relics. Coming from Canada, where 90-year-old buildings are classified as "heritage buildings" it was a real treat to see such old stuff. I did visit St. Sophia's in 1984 and from what I can recall, there has been a fair bit of restoration done to it since then. 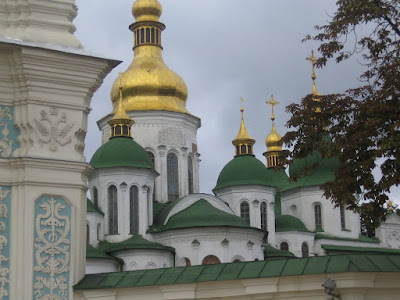 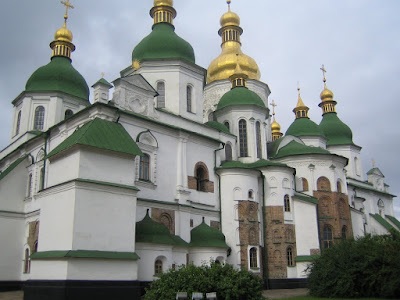 Ukrainian Greek Catholic cathedral & administrative headquarters: It's still under construction, but there's what I assume is an artist's rendering of how it will look when finished here. (The website also appears to be under construction, and the English version is gone.) This is what it looked like when I was there: 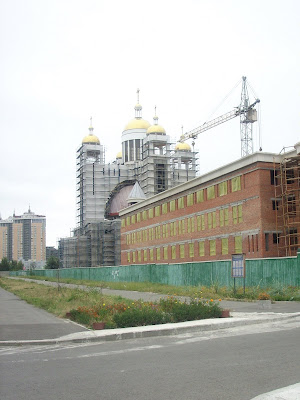 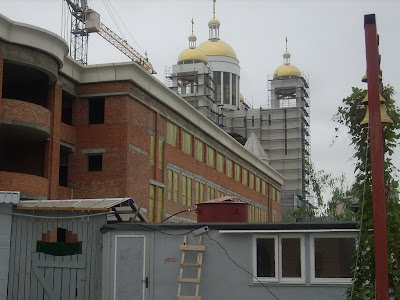 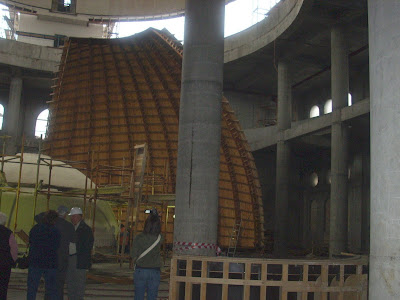 Here's the chapel that is being used while the cathedral is being built. Not very big but nonetheless impressive in its beauty. 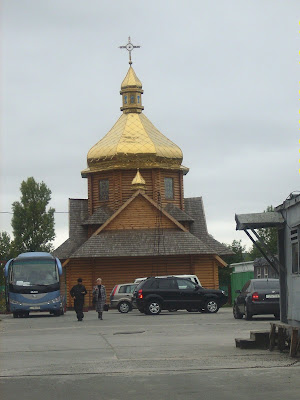 We were told that the original chapel "mysteriously" burned down and had to be rebuilt. We were also told that the Ukrainian Greek Catholic Church is not particularly popular in Kyiv, at least in religious circles. (No connection to that fire, I'm sure...)

Apparently this is Orthodox territory and there's a lot of infighting amongst them as it is (Kyivan Patriarchite, Moscow Patriarchate and Ukrainian Autocephalus Patriarchate all duking it out over the real estate) ... without adding yet another contender to the mix. So the Catholics as new kids on the block aren't finding any red carpets rolled out for them.

Well, all I can say about that situation is that it's a good thing the Lord Jesus rose from the dead and ascended into Heaven. Because otherwise He'd be getting downright dizzy spinning in His grave.

But, there's no denying the buildings are gorgeous, inside and out. Here's an interior shot of that chapel; we arrived just as Divine Liturgy was ending so we had a chance to go inside, enjoy the peacefulness and beauty, and take some photos. 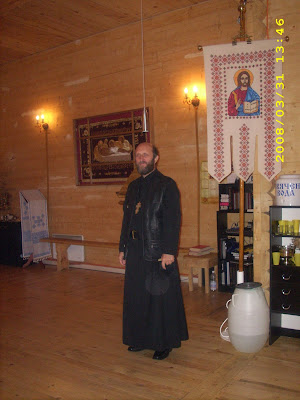 This is St. Michael's Golden Domed Monastery. This 11th century treasure was destroyed by Stalin (along with much priceless, ancient artwork) and rebuilt after Independence in 1991. It is stunningly beautiful inside of course, and the sight of it from the street was quite striking. 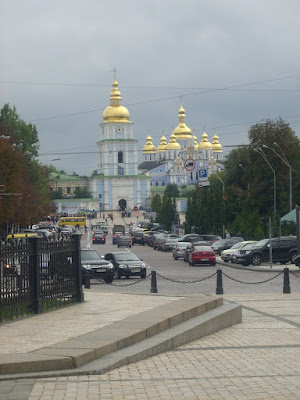 Equally striking, I thought, was the sight of elderly ladies standing outside the entrance of this magnificent building, begging. While it is wonderful that these glorious churches that were destroyed by the soviets are being rebuilt, how can the irony be lost on those who (re)build them that money is so readily available for golden domes but not for poverty-striken women? One could ask, WWJD? And would He approve? I suppose elderly Ukrainian women are at least fortunate that they're not on the radar of human traffickers. (Some great fortune, but no doubt any trafficked young woman trapped in a faraway brothel would gladly trade places.) As the song goes, when will we ever learn?

I don't recall the name of this palatial building which was nearby (I'm taking notes for sure next time I go!) but it was so majestic-looking that I had to get a shot of it. 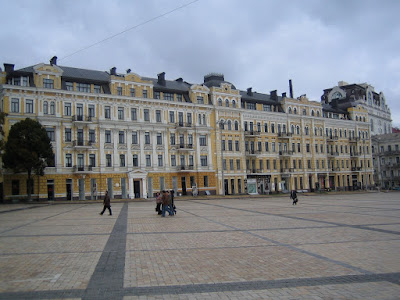 Next to the church was a commemoration of the Holodomor. We were told that such ceremonies are ongoing in this 75th anniversary year of the soviet-engineered genocide by famine of Ukrainians in 1932-33. 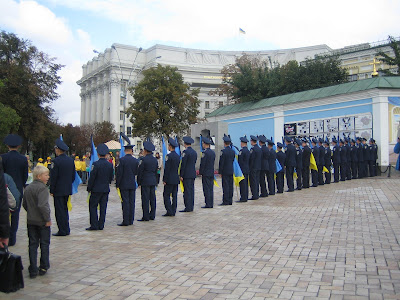 I found this post through Global Voices Online. Very Good.
and by the way your churches are beautiful. From outside they don't look like anything in Georgia or Armenia.

Thank you, Marika Eva! Yes Ukrainian churches are very ornate, inside and out.

I haven't seen a Georgian church, but we did do a tour of an Armenian cathedral in Lviv. While I noticed that it was less ornate, I found that the stark simplicity had a beauty of its own.